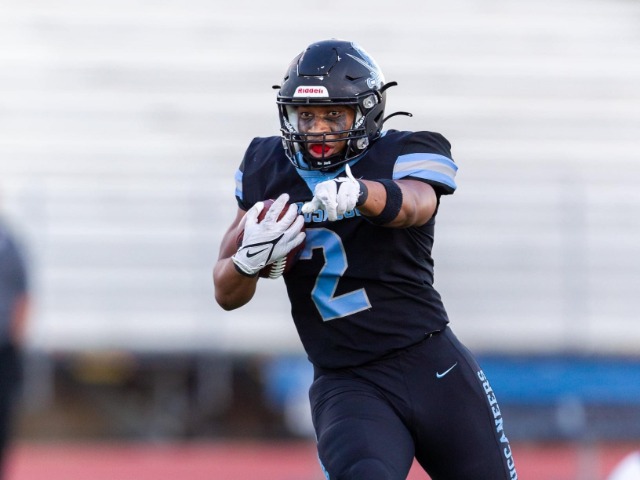 Homecoming 2021 will be one to remember for years to come. The Buccaneers went out and won an exciting game against the Clear Creek Wildcats.
Special teams started the game off right by forcing a fumble on the opening kick off. The fumble was recovered by sophomore Danner Bowles. The Bucs turned that fumble into 7 points as QB Isaac Ponce found WR Cole Hagan on a 24 yard pass in the endzone. Reid Mitchell PAT followed. The Brazoswood Defense played lights out, holding Creek's 'normally' strong running game to only 63 yards on the ground. While the Bucs took away the Wildcat's run game, the Wildcats could not control the Buc's run game. Behind the offensive line of Colton Doner, Cade Stroud, Caleb Solis, Trevor Dyson, Dawson Scott, Riker Blank and Dacoda Lopez, Dijon James rushed for 138 yards on 26 carries. QB Isaac Ponce also finished the game with 70 yards on the ground. Jody Malone and Anthony Trevino also contributed to the Buc's 230 yard rushing night. James reached the end zone twice in the second half, both scores were go ahead touchdowns. James' last touchdown run came from 19 yards out, putting the Bucs ahead 21-14 and only leaving 34 seconds on the clock for the Wildcats. Defense crushed Clear Creek's hopes of a final drive to tie the game. The game ended after a Vontroy Malone sack and time expiring.

The Buccaneers are now 4-1 overall and 1-0 in district play. The Buccaneers will enjoy their district opening win with their bye week. They will be back in action October 7th (Thursday) when they take on the Dickinson Gators (1-0) at Hopper Field.